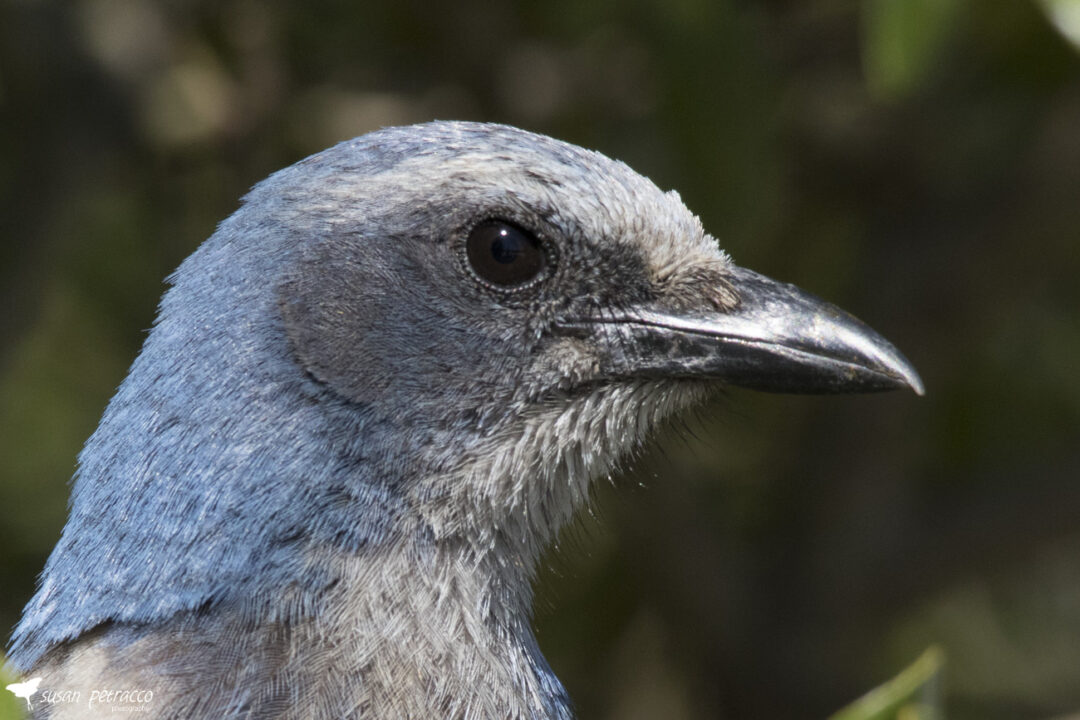 Many of us here in eastern North America know and love (or hate) the beautiful blue jay. But there are many other jays present in the US as well, and one of my favorites is the Florida scrub-jay.

About the Florida Scrub-Jay

At first glance, it looks similar to the more common and widespread blue jay – they have the same body shape and they’re both blue. But take a second look and you’ll see they really aren’t that close. A Florida scrub-jay has a blue head, wings, and tail, with the rest of its body being various shades of gray. It doesn’t have the strong patterning of the blue jay, nor the crest.

Jays are related to crows, ravens, and magpies – they are all members or the Corvid family of birds. Most jays have some blue on them, while crows are generally black, but don’t let that fool you. They are close relatives.

The special thing about the Florida scrub-jay is that it’s the ONLY bird that is endemic to Florida. That means not only is it a native, but it’s not found anywhere outside of the state. You can only find them HERE.

There are several other species of scrub-jays in the US:

Before 2016, the California and Woodhouse’s species were considered one and the same, and were called the Western scrub jay.

The different species’ ranges don’t overlap, so you know which one you’re looking at as long as you know where you are!

The scrub jays are named after the habitat they occupy – the Florida scrub. The ecosystem has sandy soils, low scrubby brushes and oaks, and maybe a few small stands of pine trees but certainly not a forest. The sandy soil allows the jays to cache nuts for the winter, an important part of their feeding process.

Scrubs were naturally maintained by periodic fire, generally caused by lightning. Now, with mankind encroaching on many scrub areas, the habitats are maintained by prescribed burns. Both work to prevent the scrub from being converted into forest when the trees grow too tall.

Loss of this habitat has led to the Florida scrub-jay being added the endangered species list. The scrub areas must be maintained – and kept from being fragmented so that different populations of the species can interbreed – in order to conserve this special bird species.

The other special thing is that they’re really friendly and will often perch on your outstretched hand. But before we go any further I want to say one very important thing:

Do not ever feed scrub jays!

Many people are tempted to draw the birds in by bringing peanuts or birdseed. Please please do not do this! Why?

The great news is that you really don’t need to feed them to draw them in. Many of the birds are so friendly that they’ll land on your hand if you hold it up, or your head. Or if you’re not so lucky they will miss your head, land on your nose, and scratch your face. (That’s only happened to me once, though!)

If you’re tempted to give this a try, but a little scared, I suggest wearing a baseball cap with one of those little “buttons” on the top, the more brightly-colored, the better. Make sure the button is secured – no loose threads. You don’t want it being pulled off and possibly choking a bird.

Visit in the morning or late afternoon. During the heat of the day, the birds may be resting. They’ll be harder to find and less willing to land on your head or hand.

If a bird does come close, you’ll hear the flap of its wings. Try not to jump. The sound can startle you, but if you jump they may be scared in return a fly away. I’ve even had them fly up when I wasn’t trying. One recently ruined a photo I was trying to take of a Northern flicker, because it landed on my head and scared me and I missed the flicker’s take-off completely.

Where to Find Florida Scrub-Jays

My favorite place to see the scrub-jays is at the Cruickshank preserve in Rockledge. That’s mainly just because it is close to where I live. Some other places that are good are:

I’ll add in more locations here as I write more posts about them.

I hope you have enjoyed this post, and I sincerely hope when you visit that you will follow the rules for the birds’ protection. Thank you! 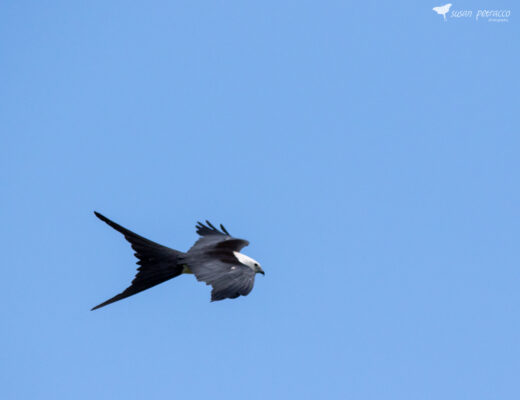 Another least tern flying near their nesting site

I mentioned yesterday how far back I was from the

Least tern with egg, another at the construction s

Least tern parent and chick. I was happy to see su

A goldfinch in our yard in Asheville, NC on a rece

One more cell phone snap - a hackberry emperor but

I don’t usually post cell phone photos, but I ca

Thought I’d drop a personal note here since I ha