Every year, my girlfriends and I take a trip to northwest Florida, near Tallahassee, to bird at St. Mark’s National Wildlife Refuge. It’s a great way to start out the new year’s eBird list, particularly with ducks that won’t be around later in the year. But it’s proven to be a superb location for other birds as well. The trip is always a highlight of our adventures through the year.

This part of Florida is NOT warm in January. And for some reason, the weekend we plan in advance always happens to be the coldest weekend of the year. So some cold-weather gear is important. I was downright cozy in the heated jacket my husband gave me for Christmas!

The biggest draw for species in this area is overwintering ducks! We always start our first full day by driving out to the lighthouse as soon as the refuge opens. This allows us to bird the Lighthouse Pool & Flats area. In the pool across the road from the lighthouse, we’ve seen literally 1000 redheads at once. We’ve also seen Canvasbacks, American Wigeon, Greater and Lesser Scaup, Hooded Mergansers, and Northern Shovelers. They share the water with grebes and coots, while gulls and terns make passes overhead.

Looking out into the sea water beyond the lighthouse, we usually spot Buffleheads as well.

Other locations in the park have yielded additional ducks: Green- and Blue-winged Teal, Ring-necked Ducks, Mallards, Northern Pintails, Ruddy Ducks, Gadwall, and once, a Common Goldeneye. We also think we got an American Black Duck, but it was too far away for us to be certain. That was a shame because it would have been a life bird for me.

The best gull species we’ve found here was an Iceland Gull. We didn’t even realize what kind of gull it was, but we watched it for probably half an hour, as it was struggling with something under the water, presumably some kind of potential meal. It eventually gave up.

Forster’s Terns are common, though not plentiful, near the lighthouse as well.

Double-crested Cormorants and both White and Brown Pelicans are common off the coast by the lighthouse. If you follow the path circling the pool, it’s easy to spot herons and egrets there. In other locations in the park, we’ve spotted Dunlin, Black-bellied Plovers, Semipalmated Plovers, Willets, Least Sandpipers, and Spotted Sandpipers. And of course, both Lesser and Greater Yellowlegs.

One year we had a terrible miss, though! We saw some kind of (probably) rail scurry across right in front of our toes, but it went by so fast that the two of us who saw it thought we must have dreamed it! Unfortunately we didn’t get a good enough look to even be sure it was a rail. That will be the miss that will always torment us!

The most surprising shorebird of all? An American Flamingo. He dropped in during Hurricane Matthew in 2016 and has never left. He’s generally far away and best seen with a scope, but I got recognizable photos with my 500mm lens. He’s been fondly named Pinkie.

Bald Eagles are a big draw for the refuge, and can typically be spotted in winter. As you drive toward the lighthouse, look to your right for one or two perched in the snags (dead trees).

Northern Harriers are, in my opinion, one of the coolest raptors to visit Florida in winter. They aren’t hard to find at St. Mark’s either, especially near the mounds pools (on your left as you drive toward the lighthouse).

In 2022, we drove north of Tallahassee because of a report of a Short-eared Owl. I’m excited to say that we saw it! A group of maybe 10-12 birders had shown up that day in the hopes of seeing it, including the gentleman who had first spotted in a few days prior. I think that was a life bird of all three of us; I know it was for me.

On the path around the lighthouse pond, we see songbirds like Eastern Phoebes, Yellow-rumped Warblers, and Northern Mockingbirds. We’ve also seen Tree Swallows and a Western Kingbird.

Near the restrooms about, maybe halfway down the road from the gate to the lighthouse, there’s a good long trail with lots of songbirds. Some that we’ve spotted are there, and some elsewhere in the refuge, are:

Along with the songbirds, we’ve spotted tons of Red-bellied Woodpeckers, as well as Pileated and Downy Woodpeckers.

But our favorite woodpeckers are the Red-cockaded Woodpeckers on the road that leads to the helipad. We watched them for at least an hour. This is a species I’d wanted to see since I was a teenager, and although my first spotting wasn’t at St. Mark’s, my best views were here, hands down!

Wakulla Springs Lodge is comfortable and charming, but it can be difficult to get a room. There is a Days Inn that I really like as well.

Two of my friends camped one year. I think both eventually ended up in their cars, perhaps with the heater on. I’m not sure. Is that even safe? I was warm in my bed in the Days Inn, thank you very much!

Point is, there are a few options, and even more if you want to stay closer to Tallahassee. Just know you’ll have a longer drive.

While you’re there, be sure to check out San Marcos de Apalache Historic State Park at least once. It’s a very cool historic Spanish fort that’s on the U.S. National Register of Historic Places.

Of course, we birded there too! Nothing exciting, but fun to say we saw it. The building was closed because this was during the height of COVID, so I would like to go back one day. More info on the park can be found here. 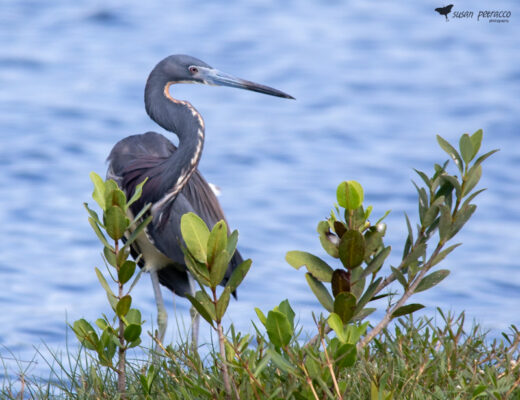 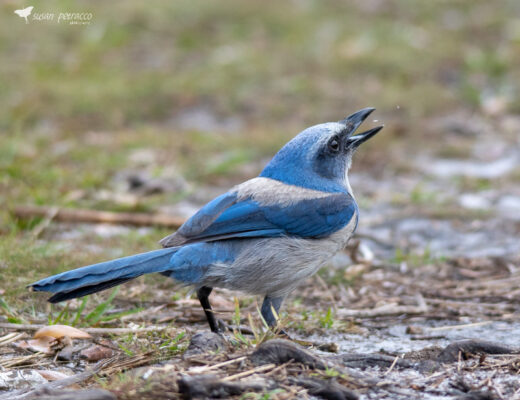 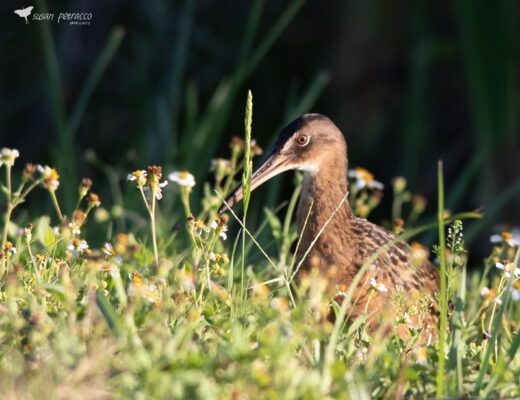