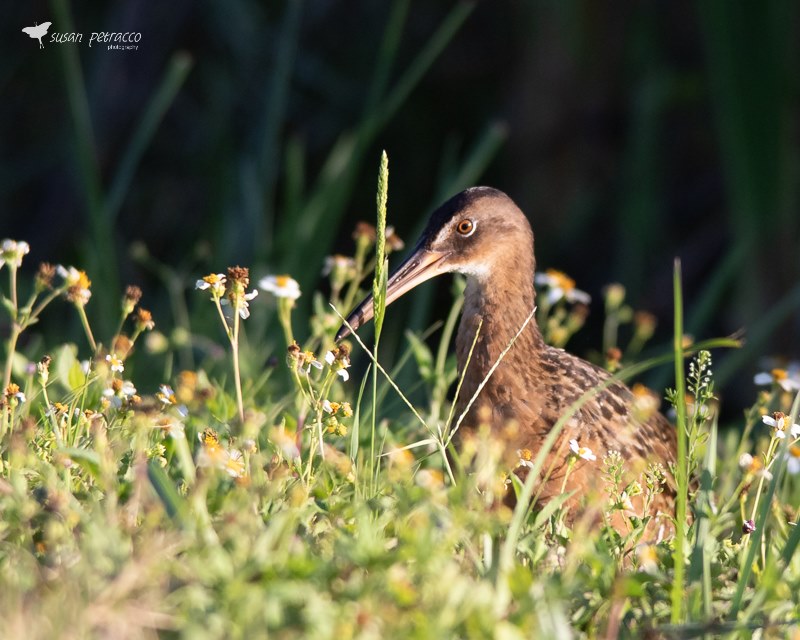 Note: Viera Wetlands is currently closed due to COVID-19 restrictions.

The Viera Wetlands is the more common name for property officially named the Ritch Grissom Memorial Wetlands. It is 200 acres of land divided into four “cells” (generally marshy wet areas) and one central lake, which is more open water.

Year-round species include most wading birds such as herons, egrets, limpkins, anhingas and cormorants. Bald eagles are fairly common to see flying over, and you can often spot red-shouldered hawks, Coopers hawks, and both black and turkey vultures. Less commonly-seen but present are sora and king rails.

In the wintertime, the Viera Wetlands is home to many great seasonal birds as well. Both male and female northern harriers are fairly common, plus coots, ring-necked ducks, hooded mergansers, and painted buntings. You’ll also see Savannah sparrows, palm warblers, yellow-rumped warblers, and common yellowthroats. And if you’re lucky you might even see a marsh wren (but you’re much more likely to hear them!)

The roads are generally well-maintained and, unless there’s been heavy rain, they’re usually open to cars. At other times, you may have to park and walk or bike the trails. In addition to birdwatchers, you’re likely to encounter families, walkers, and runners using the property as well. Pets are allowed, but exercise care as the property has lots of alligators, like most Florida wetlands!

The wetlands are adjacent to (well, part of, really) the area water processing plant. So sometimes there may be a smell you have to deal with. Sometimes it’s worse than others, so you just have to take your chances. If the wind is from the west, you probably won’t even notice it except maybe when you drive in. The treatment facility is on the east edge of the property.

The Viera Wetlands draws heavier crowds in January during the Space Coast Birding and Wildlife Festival. They also have their own Viera Wetlands Festival in April (though it’s been cancelled this year, 2020, due to the coronavirus). Otherwise the people are usually fairly sparse and there’s plenty of room for birders and photographers to spread out.

To get to the Viera Wetlands, take Wickham Road west from Melbourne (or from I-95) past the housing developments, until you get to the large power lines. You’ll see the water treatment plant on the left. Go through the stop sign and then turn left into the wetlands. There’s plenty of signage to help you along.

There is no cost to enter, but donations are encouraged. The property is managed by volunteers, but funds are needed for maintenance and other needs.

Every so often we think we want to leave Florida,

Northern Cardinals are found across the eastern ha

Summer tanager bathing in the pond just before dus

This is a long-billed thrasher. Compare it to my l

I enjoyed learning how to identify long-billed and

What a morning! I took the dogs out for their morn

I haven’t been birding much except in the backya

I've never been so excited about such a crappy pho

At St. Mark's we found a number of red-cockaded wo